After a week’s worth of shows from Pembrokeshire, The Perfect Pitch’s latest winning campsite has been chosen.

Pencarnan, just outside St Davids, was crowned favourite on the daily, teatime Channel 4 show, which this week also visited sites in Fishguard and Folly Farm – you can find the full list, here.

Run by the Richardson family, Pencarnan has been in Sian Richardson’s family for more than a 100 years and became a place where people would come to pitch up tents since after the war and return for generations, with one WWII evacuee still popping by every now and then to visit.

Pencarnan can be found on the coast, overlooking Portsele and Whitesands beaches and the show certainly showed the best of the area, with gleaming azure waters and lush green hills as three pairs visited the site as part of the show, filmed earlier in 2021.

Sian, who also founded the social enterprise sea swimming group, The Bluetits, jumped at the chance to be on The Perfect Pitch.

She explained that she loves the area and what it has to offer, and it fed her (non-existant) competitive side: “When they approached us (about the show) of course it was just an opportunity to welcome people into this area. It’s looks lovely, because it it.

“Since Covid more people have been coming here, Welsh people as well. We’re all very good at ‘going away’, we go off on holiday and don’t necessarily think about going to our own country.

“The opportunity that we’ve had over the past couple of years now to welcome more people, but particularly Welsh people into their own country to come and see the coast has just been incredible.

“So the series again, was also exciting from that point of view for us. Obviously, we’re now nationally exposing the areas not just Pencarnan, but I’m overjoyed that we’ve won, it’s just great.”

Sian, who took over the 96 acre farm from her parents Edwin and Ella, now runs it with the help of her five children and their partners making it a true family affair. There’s two fields of statics, camping fields, too, four tourers and tents and since appearing on the show the team have built a courtyard with huts selling coffees and pizzas.

Pencarnan’s farmland is also still being farmed by a friendly neighbour who provides hay for the site’s horses during the winter.

So how does Pencarnan now, compare to when Sian’s parents started to turn it into a place for families to escape during the holidays and have plenty of fun?

Sian explains that camping back in the ’50s and ’60s was even less glam than it can sometimes be now.

“They started very simple,” she said. “You could put your caravan anywhere, your little touring caravans then, or your tent. And then they introduced static caravans of which we now have a license for 60.

“Back then the people used to have dig holes when they first came here. So they dig their latrines and would have to put a stick in the ground when you left the previous year, so that you knew not to dig the latrine in the same place next year.”

But as the years rolled by at the laid back campsite, Sian notes that it wasn’t all about latrine digging, there were some great friends made.

“We had three original boys that came here as they were evacuated near here during the war. After the war they came back to show their parents where they’d been evacuated to and the parents said if they could put up a tent and that’s how it all started, well those evacuees are still alive.

“And one of the brothers comes to visit every summer to say hello. So we’ve got their relatives coming here. An awful lot of the people who own caravans here are now the grandchildren of the original people who came here 60/70years ago. So they are the ones that say to me, ‘this place hasn’t changed a bit.’

“There was somebody here this summer who I hadn’t seen for 30 years, we used to play together and then as young adults we used to be friendly and he came back and said it hasn’t changed a bit.

“The only thing that’s changed is that we do now have a loo book which was my father’s original loo block so we don’t ask you to dig a sh*t hole anymore,” Sian laughed. 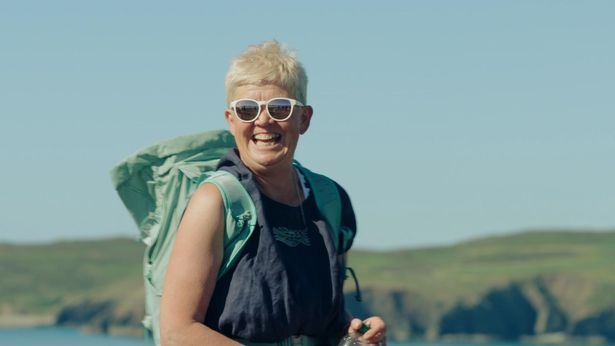 Pencarnan’s title at the end of the week is made even more sweeter by the fact that Sian was just herself, if noy a tad nervous that the trio of couples on the show were mostly seasoned campers.

“So basically, I did what I would always do, and I was just myself and welcome them to Pencarnan as it is and that was it.

“If they didn’t like it, they didn’t like it. But thankfully when they came we had one of those days where everything is perfect and they were here for two or three days. The first day that they arrived, the sea was glass flat and their pitch pitches were right above the beach and if you didn’t like that view then I’m not sure what would make you happy.”

You can catch up with the Pembrokeshire episodes of The Perfect Pitch on All4 and episodes continue in a new holiday destination, next week at 5.30pm. 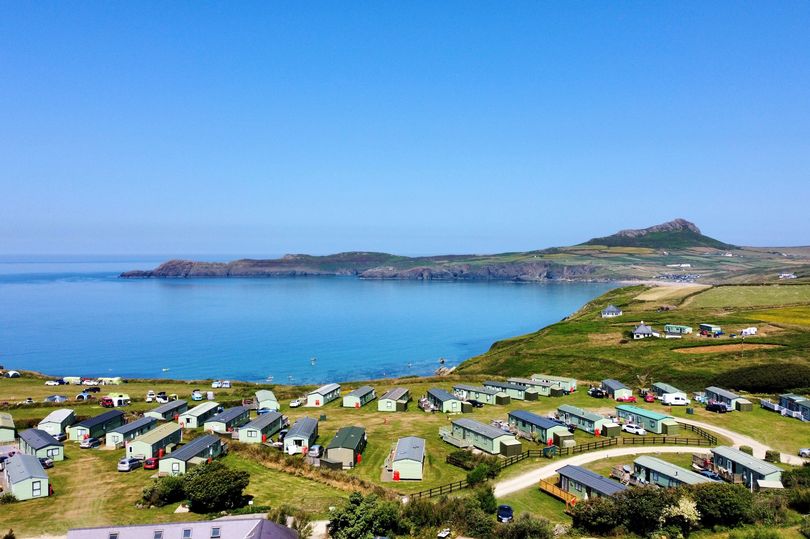