Two rescue helicopter crews had to be brought to safety from England’s highest mountain after getting stranded as weather closed in.

The Great North Air Ambulance Service doctor and paramedic were flown to the summit of Scafell Pike on Wednesday by the Caernarfon Coastguard crew, to help Wasdale Mountain Rescue Team deal with a seriously ill casualty.

It was the Wasdale team’s second serious incident of the day. 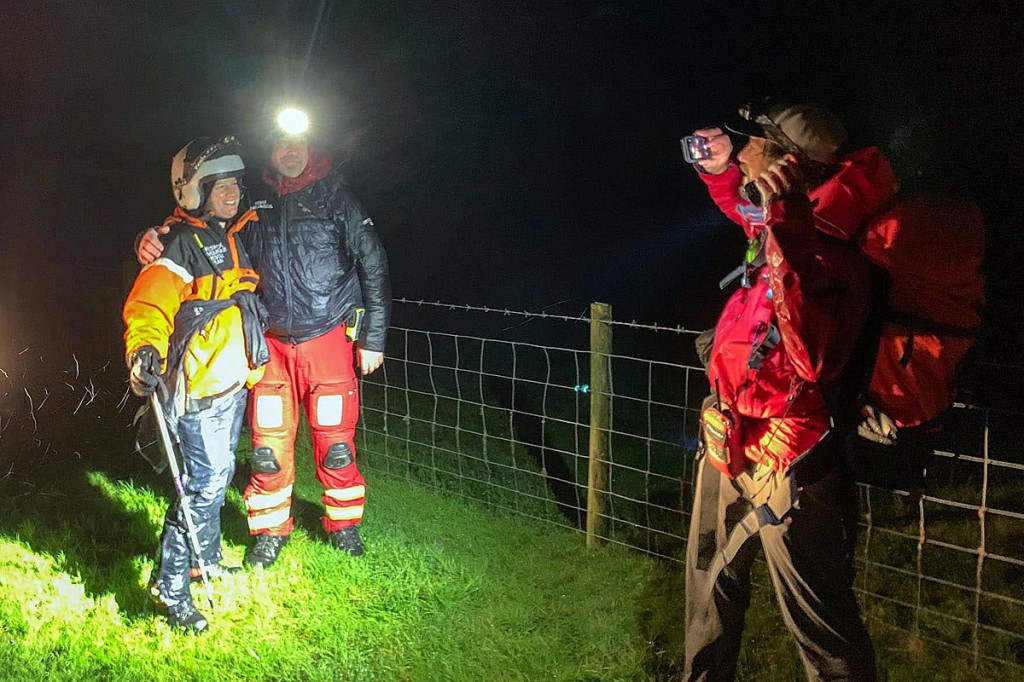 But while they were on top of the mountain, the cloud level dropped and visibility reduced almost to zero, meaning the aircraft were no longer able to operate.

Keswick Mountain Rescue Team was alerted to the incident at 6.50pm. A team spokesperson said: “This also meant that the casualty needed to be stretchered off the mountain rather than being helicoptered.

“Initial hopes of being able to get below cloud to enable a helicopter pickup were dashed and all crew proceeded on foot.

“In deteriorating conditions and fading light the Keswick team were tasked to assist in the evacuation of the helimed crew and their heavy kit back to Seathwaite whilst the Caernarfon winchman could descend with Wasdale team members back to the Coastguard helicopter still parked in the Wasdale valley.

“In drenching rain and gusty winds the team descended back to Seathwaite, the two helimed crew having not eaten properly since breakfast. Crisps, flapjack and chocolate bars had rarely tasted so good!

“A Keswick team member then drove the GNAAS crew back to their base at Langwathby for a long overdue cuppa, hot shower and bed.”

Five Keswick MRT members were involved in the incident for just over 5¾ hours. 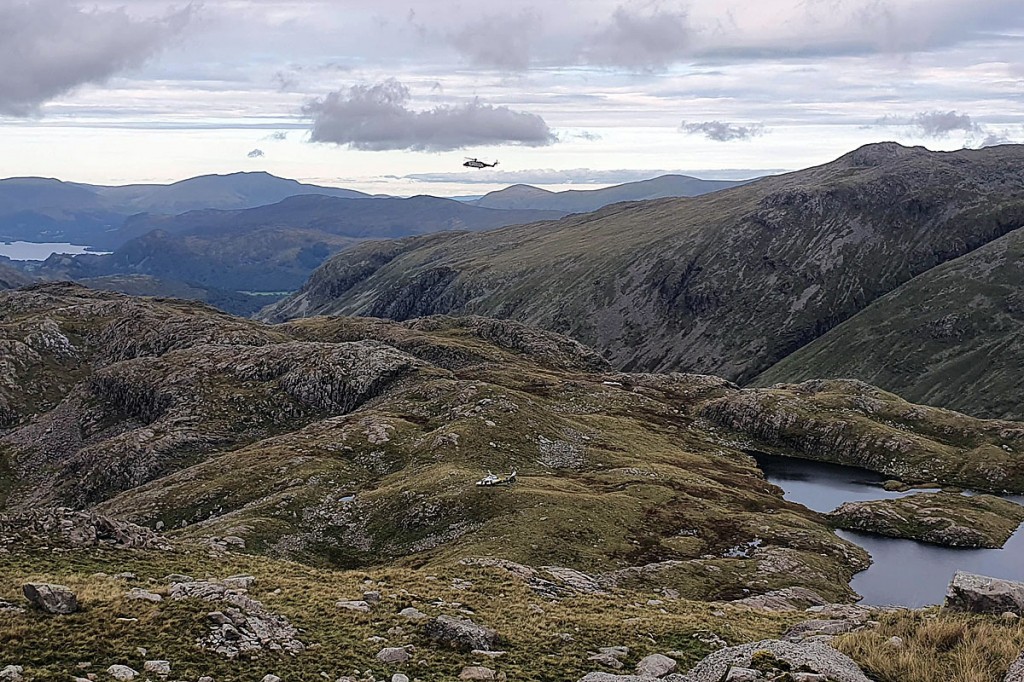 The Keswick team had been called out earlier that day to Great End to a walker stuck on steep ground.

The rescuers were alerted at 1pm when the man called for help from Cust’s Gully.

The walker started to ascend the gully but then realised the path was too steep for him and he became cragfast, unable to move either up or down. He called 999 to ask for mountain rescue.

A team spokesperson said: “The team were light on numbers and, due to a long carry-in with rope equipment, the Cockermouth team were asked to assist with the rescue.

“Three Keswick team members made their way up from Seathwaite to the base of the gully, while the Cockermouth team were flown by Coastguard helicopter to the top of Great End.

“With the casualty located in Cust’s Gully the two teams were able to reach the casualty and carefully walk him down using rope protection. The uninjured man was walked to Styhead Tarn by the Keswick team. He was then able to continue his descent to Wasdale where he was staying.

“Many thanks to the Cockermouth team for their help.”

Five Keswick MRT members were involved in the rescue, which lasted almost 5½ hours.