Walker airlifted from Cadair Idris after having seizure

Home » Walker airlifted from Cadair Idris after having seizure

A walker suffered a seizure up a Snowdonia mountain and required to be airlifted down.

The 45-year-old was with two companions and had reached the summit of Cadair Idris on Saturday.

The trio descended via the stone chute to Llyn Cau but one of them began to feel unwell. He then suffered a seizure near the outfall of the lake.

Aberdyfi Search and Rescue Team was alerted shortly before 5pm.

A team spokesperson said: “Given the location and potential seriousness of the casualty’s condition, a request was made for aircraft support.

“Meanwhile, a hill party of team volunteers was deployed from Minffordd, while a second party waited in the car park ready to form a stretcher party if required.

“Coastguard helicopter Rescue 936 arrived on scene just as the hill party reached the casualty. The helicopter paramedic made an assessment of the casualty, and the decision was made to airlift the casualty to Bronglais Hospital, Aberystwyth.”

Rescuers then accompanied the two other walkers from the mountain down to Minffordd. 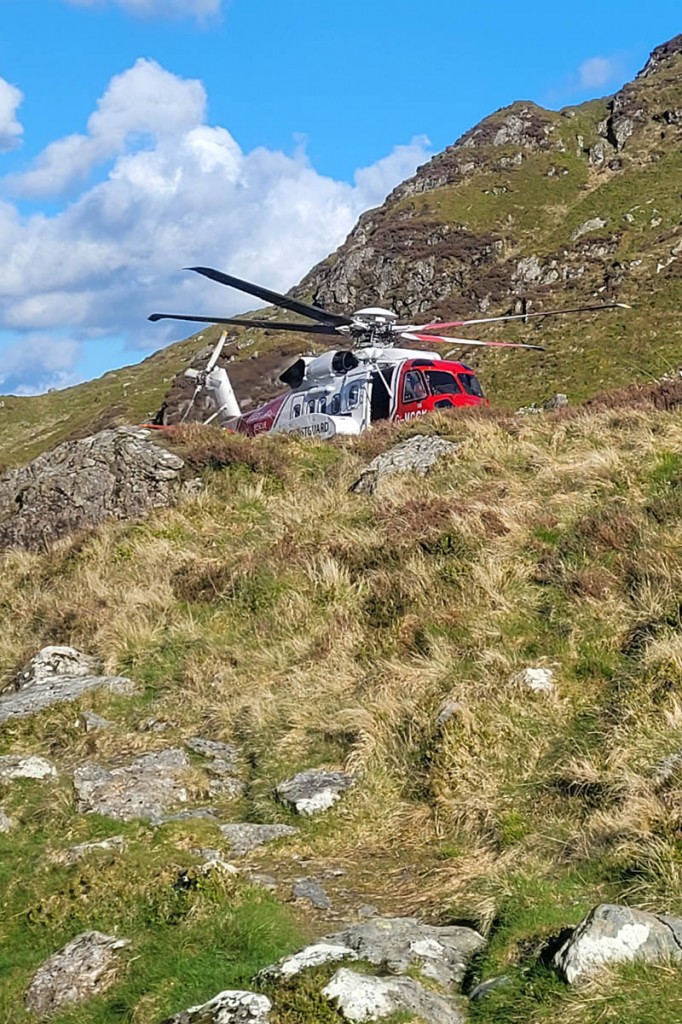