A man was airlifted to hospital after suffering chest pains while walking on a Lake District fell.

The 64-year-old was also reported to be having difficulty breathing during the incident on Sunday.

The Great North Air Ambulance Service helicopter flew to the scene on Cat Bells and its crew requested the support of Keswick Mountain Rescue Team. 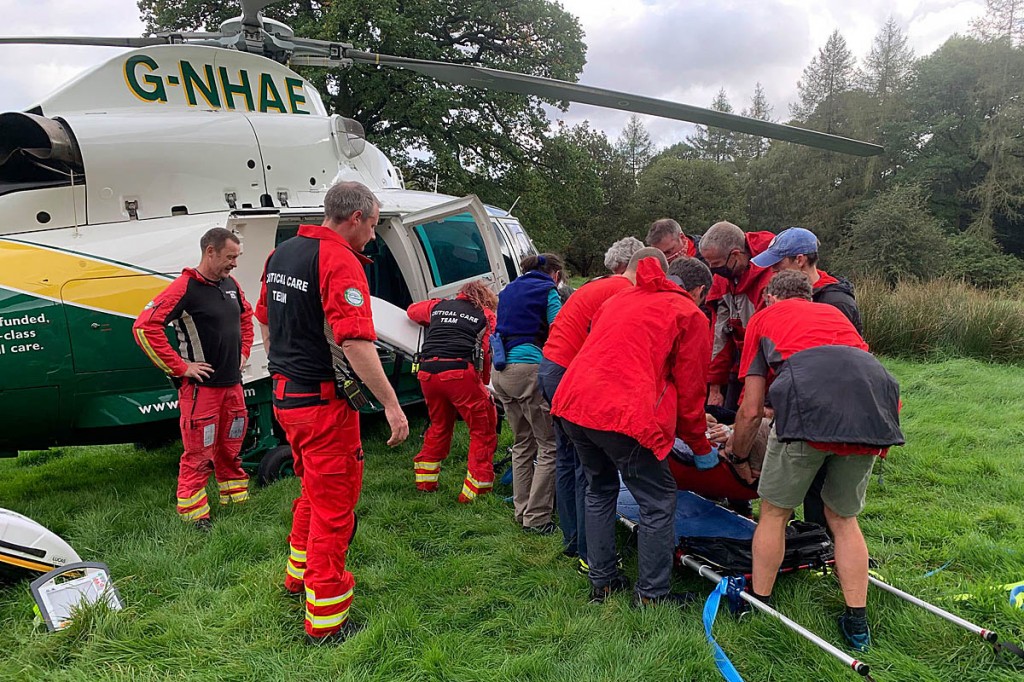 The air ambulance landed on the ridge of the hill and its paramedics descended to begin treating the man.

A Keswick team spokesperson said: “Keswick MRT made their way up to the casualty while the helicopter relocated to a field below the lakeside road. The man was stretchered down to the helicopter and then transported to Carlisle hospital for further treatment.”